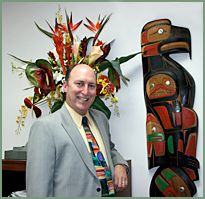 R. Gibson Pagter, Jr. was admitted to the California bar in 1984, specializing solely in bankruptcy and insolvency. Born in California in 1959, is a shareholder and President of Pagter and Perry Isaacson, APLC, A Professional Law Corporation located in Santa Ana, California.

Mr. Pagter is a Certified Specialist In Bankruptcy Law, The California Board of Legal Specialization of the State Bar of California.

Mr. Pagter represents, or has represented, Debtors, Creditors, Shareholders, Trustees and parties to lawsuits in Chapter 7, Chapter 11, 12 and Chapter 13 cases, and assists clients in non bankruptcy financial workouts. He is admitted to practice before all California Courts, the United States District Courts of California for the Central, Southern, Northern and Eastern Districts, the United States Court of Appeals for the Ninth Circuit, and the United States Supreme Court.

He also has been admitted specially in bankruptcy courts from Alaska to Guam to Florida to New York. He has been an expert witness in civil and criminal cases in both state and federal courts, focusing on bankruptcy issues, both in mediation and at trial.

Mr. Pagter is a world traveler and enjoys scuba diving.